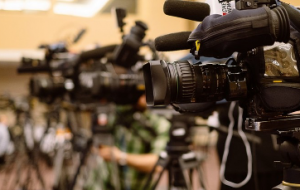 Why Uscha Pohl is VERY committed to film

Uscha Pohl describes herself as a German residing in London and Paris, with a base in New York. In short, she is one of those effortlessly cool people who can boast an envy-inducing CV and yet wears her success lightly. She started out as PA for Vivienne Westwood in the early 1990s before becoming the operational lynchpin at the house of Japanese designer, Koji Tatsuno. She was already selling her own ‘leather and zips’ inspired line, Up & Co, in New York, when the next chapter of her career began taking shape. Her incarnation as gallerist and curator meant she was at the vanguard of the BritArt movement and helped many unknown Young British Artists cross over to the US. Uscha’s fashion-art hybrid VERY magazine was born in the mid 1990s and was soon followed by VERY style guides and VERY style maps.

Reflecting on those frenetic early years, Uscha said: “Starting my own projects coincided with the arrival of the first Apple Powerbooks, which opened a whole new world. With this matte grey box in hand I could run a gallery, fashion business and create an international culture magazine. Today, one can basically do all these things from a phone, but smart phones weren’t invented back then, and the first laptops were the greatest revolution.”

As you learn about Uscha’s life, several threads emerge that are characteristic of the career journeys of entrepreneurs. Early on, she saw herself as an outsider which made her comfortable breaking rules. In her words, “not looking at other peoples’ work is the only way to be innovative”. Instead of taking the academic route, she learned a portfolio of trades on the job. Only now, belatedly, has she found time to study for a PhD. She is willing to take risks and quickly adapts her approach to business whilst on the move. She follows her passions and is clear about what she wants. She doesn’t see the barriers others do, won’t take no for an answer and enjoys proving naysayers wrong. The editorial aesthetic driving VERY magazine reflects Uscha’s ability to navigate the boundaries and join up the dots between different worlds. This set of skills also explains her latest venture – the VERY magazine discovery channel, VERYdocumenTARY.

Talking to Uscha is like communing with a speeding train. Thoughts tumble out rapidly in a stream of consciousness commentary and pauses are rare. They happen when there is no obvious British translation of a German word in her head. Uscha is great fun and her energy is infectious so it is hard for listeners not to be swept away by her current idée fixe. For Uscha, her passion for environmental issues started with the same question that left many of us scratching our heads back in 2012. How could England be in a drought during a flood? April was the wettest on record, but it took until July that year for the last of the hosepipe bans to be lifted. Was it bureaucratic lunacy, corporate skullduggery, or another example of modern-day madness? It turns out you can take your pick. As Uscha puts it: “I don’t like to be taken for a fool. While it rained day after day for months, the hosepipe ban and its media coverage laid the blame for the invisible ‘drought’ on the consumer. Anyone could see that car washing or garden watering (£1,000 fine for either) had nothing to do with the problem.”

Uscha’s determined search for an answer to the hosepipe conundrum took her all over the world. The first significant conversation was with her friend, Francis Fry of the Fry chocolate family, whose Rajakkad Garden Hotel in Tamil Nadu is set among a 50-acre working plantation. They talked about why India’s monsoon water was being left to run into the sea and tried to understand why no one had thought about catching it. That was just the beginning of her search for answers. She has spent the past two years talking to subject matter experts on topics as diverse as the water cycle, organic carbon farming and biodynamic winemaking. And what she has found out is disturbing. Yes, we know we are slowly killing the planet with rampant deforestation, the overuse of agrochemicals, the dominance of monoculture farming and rising levels of greenhouse gas emissions. Yes, experts have told us that the quality of soil in the greenest of countries is rapidly deteriorating, such that in the minds of scientists like Dr John Baker, nominated for the World Food Prize in 2012, it represents the “most world’s most critical issue”.

But have we woken up to the fact that all of these issues are intimately connected? And do we realize we still have a chance to change this for the better if we act now? Uscha doesn’t think so and so in October, she started the next stage of her quest to raise awareness. With the release of four documentary shorts from the Flood & Drought series (links below), we have the first fruits of her labour. Films I-IV are each between six and eight minutes long. The films contain sweeping vistas of lush English countryside, commentary from the glamorous presenter Femi Taylor, ill-boding pronouncements delivered with British understatement by the likes of water power engineer, Osman Goring, and sustainability consultant, David Stanley, interspersed with loving shots of angelic children, including Uscha’s five-year-old son, Lukas.

‘I don’t like to be taken for a fool. While it rained day after day for months, the hosepipe ban and its media coverage laid the blame for the invisible ‘drought’ on the consumer,’ Uscha Pohl

Uscha acknowledges: “The films don’t stem from a film-making tradition, which I have no clue about. They are informed by my other professions… they are short, designed for the modern busy person, clearly structured in order to decipher a complex situation and render it intelligible to the lay person. The messenger is the message. I believe you need a compelling presenter. Pace and rhythm are key. The editing cuts, together with the sound, have to propel the right movement and drive. While explaining the issues at hand, the films highlight what can be done about it. Each sequel ends with solutions pointing the way forward. The films follow my learning curve. They are my very own ‘discovery channel’. I am searching for answers and sharing the findings.”

Film I – Drenched in Drought, is an attempt to explain the coincidence of flood and drought; film II – Floody Farming, digs into the role of chemical farming in the desertification of the planet; film III – The Soil Carbon Solution offers a fix in the form of natural carbon sequestration whereby carbon from the air is returned to the ground, and Film IV – Farming, Food and TB, looks at the links between chemical fertilizer intensive farming, the way animals are reared and the nutritional value of food on our tables. All in all, once you have watched them, you are hooked. The central message is hard to forget and difficult to dismiss. They are true to Uscha’s motto, “If you can’t say it simply, think again. Simplicity equals purity, which I hope is the common denominator in everything I do.”

As for the lady herself, after a few hours of conversation, we keep coming back to one word, ‘mitdenken’ – a German term with a meaning that Uscha is finding hard to express in English. The literal translation is “the ability to think for oneself”. It certainly sums her up and encapsulates what she wants the rest of us to do. Uscha is now overseeing the editing of Film V – Grass Matters, with at least a further seven films in the pipeline including Bees are Us and Toxic Grapes.