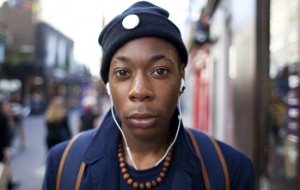 What does 'Being a Man' mean in the Modern Workplace?

There were signs that times were changing in the 1980s when an Arena poster of a male model cradling a baby sold out and became iconic in the blink of an eye. But it is perhaps the rise and rise of the metrosexual movement that has most shaken things up for men. With David Beckham as its figurehead, the momentum has shown no signs of slowing down during the past 20 years since Mark Simpson first coined the term. In June this year, he wrote about the most recent incarnation of this type of groomed, buffed and coiffed man as a ‘spornosexual’.

Whilst the Duke must surely be spinning in his grave, the benchmark set by celebrity spornosexuals is as dauntingly high as the standards supermodels have held women to for decades. Staying successful requires the relentless juggling of multiple agendas and competing demands at the best of times. Add to this the mixed messages about what it means to be manly nowadays, and there is much room for confusion and even the risk of a few missteps.

But this is by no means a 21st century phenomenon. If we go back in time, this modern day dandyism has echoes in the past. Indeed, peacock-like tendencies were a sign of being a successful man for most of the 18th century and beyond. And not only that, when Ali Haggett looked at masculinity through a historical lens, she found that increased male emotionality was also viewed as a sign of belonging to the higher social orders. During the Georgian period, in particular, mood swings, sleep disorders and a propensity toward introspection, were concomitants of being a wise and wealthy male. She suggests that it was with the industrial revolution and Britain’s need to assert itself as invulnerable on the global stage, that the display of emotion became a decidedly female trait. So, the ideal Victorian male reined in his emotions and became a model of reason.

Many believe that men have been paying the mental health price ever since. Research consistently indicates that the majority of suicides across the world are amongst men. Suicide in men in their forties and fifties has risen 40% in 10 years. Alcohol abuse and major addiction problems are significantly more common in men. Help-seeking behaviour is lower in men than women. If men do seek help, the way they present distress to the medical profession tends more often to be psychosomatic, that is, in the form of physical rather than psychological symptoms. It is highly likely then that we currently underestimate the prevalence of depression and anxiety disorders in men by a long way. If men do not seek help, are they more prone to acting out instead? The answer is we are not sure, but we do know that men commit the majority of violent crimes and that they represent the large majority of the prison population.

The bottom line is this. Men have not been well served by academic research, or medical institutions, to date. The media has similarly been reticent about presenting men as anything other than the ‘dominant’ sex. It seems that at least since the time when Freud turned his attention to the root cause of hysteria in women, the emotional lives of men have been left to take care of themselves. And whilst male-only environments have for a long time provided a safe place to vent and air emotions, for a lot of men, talking about one’s inner life still feels uncomfortable and in many ways remains taboo. So it was genuinely refreshing to read the recent Time magazine article in which seven C-suite dads talk openly and frankly about the challenges of finding some sort of work-life balance.

Wolters Kluwer’s CEO, Nancy McKinstry, once commented that senior women are judged as “whole persons”, not just on the company’s performance, as their male counterparts are. I would suggest that there are encouraging signs that this is changing, albeit too slowly. Success is in the process of being subtly redefined, both for men and women, such that it is broader, healthier and less gender-specific. And it’s not before time because when people are really honest about how they want their lives to be, and when outdated stereotypes like provider versus nurturer are not invoked, gender differences simply melt away. Men and women are more alike than they are different in the way they describe a happy life. And to all of you who continue to maintain impermeable boundaries between how you come across at work and who you really are in private, I would ask this, to what extent can we hope to significantly shift society’s narrative about women in the workplace if we don’t allow our expectations of men to change?