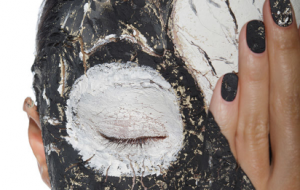 Having spent the past decade coaching female executives in the Asia-Pacific region, particularly in China, I have often wondered how much of the prejudice Asian women face in business environments is because of psychological biases imported from Western society. Much of the literature about female leaders is exported to the East from the West through multinational companies of Western origin. But the question of whether our ideas about leadership translate to Oriental cultures has never been satisfactorily answered.

There is a long tradition of analysis about how stereotypical perceptions of women restrict career progression in the West. Back in 2004, Margaret Heffernan evocatively labelled these stereotypes ‘geisha’, ‘invisible woman’, ‘bitch’ and ‘guy’. More recently, Williams and Dempsey have categorised four types of gender bias: The ‘Tightrope’ which requires women to balance contrasting attributes, such as soft and hard, unassertive and aggressive; ‘Prove-It- Again!’ where women must repeatedly prove they possess the qualities needed to reach the next level; The ‘Maternal Wall’, which assumes women lose focus after having children, and the ‘Tug of War’, where women judge other women more harshly than they judge men.

But how much of all this analysis is relevant to Asian female executives? There is mounting evidence that Chinese women face culture-specific challenges that do not affect their Western counterparts. For example, the Wharton School found Chinese women have to work harder to establish their credibility. They need greater emotional intelligence and a range of softer leadership skills to gain the respect of men. Business Tianjin magazine reported that the strengths that make Chinese female executives successful, such as empathy and good listening skills, have a shadow side. They said a typical Chinese education holds women back because they are trained “not to be pleased by external gains and not to be saddened by personal losses”.

Differences in family values between East and West also have an impact. The Ivey Business Journal said the importance of family values in Chinese society causes women to be more acutely torn when trying to balance success at work with obligations at home. For many Chinese women, the solution is to trade upward mobility for stability. Indeed, Chinese women don’t ask for as many promotions as male peers and do not move companies as often. This means they lose competitive edge and earning potential.

The tide is slowly turning in Asia. Although the ethical argument for gender diversity has failed to sway men in positions of power, the commercial case is proving harder to ignore. Gatekeepers to the boardroom face mounting evidence that they benefit from having more women at the top table. A recent McKinsey report on the Gender Dividend shows clearly that companies with more women in senior positions outperform the ones with fewer women. Booz & Company in their Third Billion Report highlighted the untapped economic potential represented by half the population.

But I do wonder if by relying too much on statistical arguments to advance the case for gender diversity, we might be missing something fundamental about female archetypes. Carl Jung’s seminal work in this area is criticized for sitting at the heart of negative stereotypes by the feminist movement, but this is unfair. The Jungian ‘anima’ – feminine motif – and ‘animus’ – masculine motif – were never intended as discrete elements. Jung saw their coming together in the form of ‘syzygy’ as representing the whole self. An Eastern lens on Jung’s writings sees his thinking comfortably chiming with ‘yang’ – light forces – and ‘yin’ – dark forces, especially given that the aim of the Taoist religion is to achieve the ‘Golden Flower’ by balancing yang and yin.

This may not seem obviously connected to the challenges facing working women in corporate China. But there is a school of thought that suggests Western society over-emphasizes opposites. It might be time to ask why our literature remains full of leadership styles labelled ‘male’ and ‘female’. It is the view of many that studying gender differences perpetuates sexism. Eastern cultures are better placed to understand that a harmonious balance of contrasting qualities in both men and women leads to true fulfilment in life and success at work. The spiritual underpinnings of Chinese society may make it more tolerant of the idea that women and men have equal access to the same attributes. Perhaps this is one reason China is outperforming many Western countries in having higher proportions of women in the workforce and senior management positions. Clearly, we still have a great deal to learn from the Orient. It makes sense for multinational companies to think long and hard before exporting Western-centric taxonomies of leadership to other cultures.