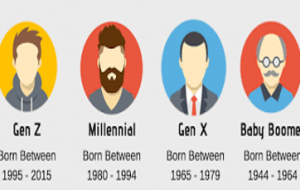 How to Manage Millennials? Just like the Rest of Us

Leaders of organisations right across the private-public spectrum have started trying to figure out the differences between the generations. Bob Moritz, the US Chairman of PWC, was part of this trend when he said last year that he didn’t realise how little he knew about important generational differences and the potential impact of these factors on the workplace of the future. Millennials have been the major focus of all this inter-generational analysis.

For a group that hasn’t been properly defined yet – researchers have inconsistently sampled the views of anyone born between 1980 and the early 2000s – Millennials, aka Generation Y, may turn out to be the most studied in history. Everything from their coffee-drinking habits to their car-buying choices have been forensically examined. The reported trends are met with surprise, even shock. But you can’t help sensing that there is an emotional subtext in the commentary about Millennials – something that mixes an indignant “who do you think you are?” with a more puzzled, “but I feel like that too”.

Perhaps the first thing to understand about Millennials, by which I mean those in their twenties, is that they don’t see a job, any job, as the be-all and end-all. They have witnessed the toll work has taken on their parents’ generation and they are simply unwilling to pay the same price for success. They define career achievement in a less circumscribed way. Work has become ‘a means to an end’ and that end is a better life. Millennials see humanity lurching from one crisis to the next – financial, environmental, geopolitical – and have become more adept at coping with ambiguity. Deep down, they think ‘job security’ is an oxymoron. They just don’t buy it.

Secondly, Millennials want the freedom to make the most of everything on offer in our ever-changing, connected world. They expect employers to offer flexibility, mobility and choice across the career life cycle. They see caregiving in a gender- neutral way so paternity and maternity rights are equally important. Whilst this is a generation that is financially dependent on parents for longer, increasing life expectancies mean they can see ahead to a time when their parents will be dependent on them. For these reasons, and many more, they don’t accept the 24/7 work culture that smartphone technology has enabled. Millennials want to build a family life on their terms, not just make do with the scraps of time left over once they get off the hamster wheel.

Thirdly, Millennials need the organisation they work for to have a purpose that aligns closely with their own. Masters of branding, Millennials have been busy finessing their personal identities from an early age. As the social media savvy Facebook generation, they totally understand the importance of managing perception. In turn, their expectations of employers have never been higher. Not only must the corporate brand chime with the personal brand of a Millennial, there has to be absolute transparency between the two parties. The Millennial has to ‘feel’ there is a close and direct relationship between the work he/ she is being asked to do and the broader impact of the organisation in society at large. In the event of a gaping disconnect, the millennial feels fully entitled to walk.

This strong desire to shape a life that suits them is clearly at odds with a world of work that isn’t prepared and is for the most part reluctant to cater to their needs. Besides, there are very few jobs to go around anyway. This is apparently fuelling heightened feelings of anxiety, disappointment and loneliness in Millennials – the so-called quarterlife crisis. In 2011, Dr Oliver Robinson from the University of Greenwich reported that in a survey of 1,100 young people, 86% admitted to feeling under pressure to succeed in their relationships, finances and jobs before hitting 30. In his book ‘Get it Together: A Guide to Surviving Your Quarterlife Crisis’, Damian Barr talks about a third of twenty-somethings being depressed.

If you are reading this and trying hard to feel sympathetic, there is a good chance you are in your mid- to late-40s and therefore nearer the end than the beginning of your career lifecycle. Your post-baby boom or Generation X, has very little to complain about compared to the Millennials. Reasonably well-paid jobs were available. Getting on the housing ladder was a realistic aspiration. Since then, cheap travel and technological advances have given Generation X unprecedented opportunities to make the most of the world. Rising living standards means they are healthier than their predecessors and have earned more money than their parents did. By 2010, even their very own mid-life crisis was declared a myth by Professor of Psychology, Susan Krauss Whitbourne.

But that is not the whole picture, not since the financial crisis in any case. Wages have flattened, cost of living has increased, pension pots have stopped growing and workplace rewards disproportionately flow to those at the top. So, whilst Generation X may have earned more money than their parents, they have accrued less wealth. Let’s take mid-life executives as an example. They don’t feel entitled to mid- life angst because they are fully aware of how lucky they are compared to younger people nowadays. But they have had to work hard to get where they are – really, really hard – and their family commitments mean they are probably going to have to carry on working very hard for some years to come. With children staying at home longer on the one hand and ageing parents needing care on the other, they don’t feel they have many choices. Instead, they are feeling a tad trapped. Whilst they may not report feelings of out and out crisis, they will often admit to periods of quiet desperation.

So, this feeling of being ‘psychologically stuck’ is shared by Generation X and Millennials. This can be explained by Stevan Hobfoll’s Conservation of Resource (COR) theory. The basic tenet is that people have a drive to create and conserve the quality and quantity of their resources. Resources include symbols of success – such as money, possessions and status – and factors related to well-being – such as self-esteem and attachment to significant others. Stress occurs if these resources are threatened or when there is little or no prospect of gaining new resources.

On the face of it, COR theory has an intuitive appeal to most people irrespective of age. It is early days in terms of applying these ideas to different stages of the career life cycle but even so, there is research to support the idea that flexible working practices allow employees to increase their ‘resources’ and that this in turn boosts employee engagement and job performance. Bal and De Lange reported earlier this year that this seems to be the case across generations and cultures. We will have to wait to see where this line of psychological inquiry takes us.

In the meantime, let’s remember that it is easier but also a little artificial to study complex social behaviour by putting people into boxes and attaching labels to them. Time and again, in the process of looking for differences, we end up discovering that human beings have a great deal in common. We don’t yet know enough about the hopes and desires of Generation Z – those born between 1995 and 2012 – but in light of the preoccupations of Millennials and the concerns of mid-life employees, there is a good chance they will want the same fundamental things out of life as we all do. I am not sure organisations should be making such a meal out of what Millennials want. In 2006, in a leadership book of the same name, Rob Goffee and Gareth Jones asked, “Why Should Anyone Be Led by You? In 2014, perhaps the top management of every company would be wise to ask themselves, “Why Should Anyone Want to Work for Us?”