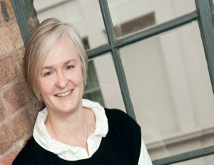 Getting More Women on Board

Following the recent publication of research on gender diversity from the 30% club – which campaigns to increase the representation of women on boards – I talked to the report’s co-author, Rachel Short, director at business psychology consultancy, YSC

Rachel, could you tell us more about the 30% club?

The founder, Helena Morrisey, the CEO of Newton Investment Management, launched the 30% club in November 2010. In response to Lord Davis’s recommendations, the aim was to encourage chairmen to voluntarily populate their main boards with 30% women. The proportion of women on FTSE 100 boards has grown from 9% to almost 21%. To date, 70 chairmen of FTSE 100 companies have signed up to its aims. Helena is a worthy chair. Apart from being a dynamic CEO, she is mother of nine children, so some of the oft-cited hurdles to women achieving success at the highest levels have clearly not held her back.

What are the key priorities?

One is to broaden the sphere of influence. The Hong Kong chapter launched in 2013. The New York chapter is expected to launch shortly with others planned in South Africa, Canada and Ireland. The other priority is to deepen the sphere of influence by looking at the sustainability of the pipeline of female talent feeding into board appointment shortlists, through initiatives such as cross-company mentoring schemes and sponsored MBAs for aspiring junior female executives.

How did you get involved?

In 2013, they commissioned research jointly from KPMG and YSC. McKinsey had previously looked at professional services firms and found that women were 10 times less likely to make it to ‘partner’ level. As part of the ‘Balancing the Pyramid’ group, we were asked to look at large corporates. KPMG collected human capital metrics on gender. YSC explored what was working for women in the pipeline.

What did you find?

We found evidence confirming the predominating views. There were eye-opening facts, and conundrums to ponder. We synthesized these into 10 myths about why women do not succeed. We don’t always have enough to bust all the usual myths, but we have unpicked all but one of them.

Nigel Farage, leader of the UK Independence Party, said recently that women can do as well, if not better, than men but only if they don’t take time off after childbirth. Our findings would refute this. We found there was no statistically significant difference in the number of promotions between women with and women without children.

The British Psychological Society has suggested the focus on finding gender differences is itself perpetuating sexism. What is your view?

We would echo that. The research found more similarity between men and women than difference. For example, the top two work drivers for men and women are shared – to do something interesting and challenging, and to have positive working relationships.

And yet gender may be seen as a disqualifying criterion for the top job. In a recent study, male US MBA students assessed IPOs with a male CEO more favourably than those with a female CEO, while women showed no bias.

Well, gender bias runs deep. But we know from John Kotter’s work on change management that one of the most powerful ways of affecting large-scale change in behaviour is to tap into fundamental human drivers. And we found that when chairmen and CEOs were strong proponents for change, their advocacy of gender diversity stemmed from a personal connection with the experience of women in the workplace through, for example, their daughters. Or they felt empathy for gender-based issues because they were part of a minority group and understood the difficulties of achieving success in an alien majority environment.

And if you had to convince the skeptics about the value of having women equally represented, what would you say?

Several arguments can be advanced. The commercial argument is well-established, in terms of enhanced financial returns being associated with more diverse boards. The cognitive psychology evidence is also well-honed. We know gender diversity on boards leads to improved decision-making because it reduces various types of mental shortcut, including the tendency to fall into group-think mode.

The competitive advantage argument would focus on the human capital costs of excluding women and thereby reducing your talent pool, or more recently the uplift in senior women attracting more female talent to your organization.

The sales and marketing angle relates to the quality of insight about your customer base. Women are well-placed to connect with and understand customer need and so vital to true innovation. Not least, there are the ‘hard’ and ‘soft’ forms of ethical argument, which should appeal to those wishing to leave a social legacy. The former would be framed around compliance with the spirit and letter of the law, whilst the latter would be about the value of fairness, pure and simple. My view is that the strongest driver for a CEO to address gender diversity relates to reputation – i.e. the dividend attached to being a company seen as ahead of the pack in responding to societal trends.

Newly listed companies last year were more male-dominated at the top table than established ones, with only 11.5% female directors in 17 London based IPOs, compared with 20.5% in the FTSE 100 and 15.1% in the FTSE 250. So, what do you think about introducing quotas?

This news is particularly disappointing given the rapid increase in female entrepreneurs. When it comes to quotas, the 30% club is for voluntary change and against forced change through legislation. I can see both sides of the argument. As psychologists we know human beings tend to do what is mandatory. So organizations are likely to work hard to meet quotas in the short-term. But this may be detrimental over the longer-term. And here we get into the murky territory of tokenism, something women are sensitized to. Most women don’t want the boundaries to become so blurred that gender goes from being a distinguishing criterion to a qualifying criterion for a role.

If not quotas, then what?

History offers us lessons on what drives seismic shifts in societal attitudes. And obviously the suffrage movement comes to mind. But similarly, step change can come from major world events, such as WW1, which created the space for women to enter the workplace in large numbers. Arguably, with the fast pace of technological developments, we are living in a transformative era. Generation Y men and women are more family-centric than work-centric. And there is evidence that men, like women, are feeling more conflict around ‘having it all’. We may see more changes in attitudes towards work as legislative changes afford fathers more choices around paternity leave, etc. And there are hopeful signs from the emerging economies — Brazil, Russia, India and China — where women are surpassing their American and European counterparts in reaching the top rungs. The economist Sylvia Ann Hewlett says 11% of CEOs of the top companies in India are female and the figure is 12% in Brazil. Here it is 3%. We need to better understand the conditions that allow women in emerging economies to leapfrog their sisters in the developed world.

And once women make it to the top, what are the traps they can fall into? I am thinking about the furor when Marissa Mayers built a nursery for her newborn next to her office whilst banning flexible working for her Yahoo! employees.

Whilst the media is focused on ‘poster girls’ like Marissa Mayers, Sheryl Sandberg and Angela Ahrendts, the role models for most women are female executives one or two levels above them because it is more transparent to them how these women achieved success. The very well-known women on main boards are a little too glitzy and airbrushed for real women to connect with.

Coming back to your question, I don’t think you can win as a very senior woman. Your margin for error is so narrow. It is grossly unfair that they are seen as emblematic of their gender. And I think that is what happened with Marissa. Her intent was to build a culture of innovation in the belief that bringing people together physically on-site was an enabler. But she was perceived as having double standards. And this sort of intense media interest is breeding conservatism in female figureheads. Their public image is so carefully constructed that it can prevent them showing up authentically. So my advice is “do what you think is right” and “don’t worry too much about what is written about you”.

And finally, Rachel, if you had a magic wand, what would you do to advance the cause of women in the corporate environment?

I wonder if this generation of female executives has over-assimilated to the prevailing power dynamic and I am saddened by the idea that women are still dependent on men to make change happen. So, if I had a magic wand, I would unleash ‘silver power’. I would find a way of engaging with the older relatives of working women and I would ask them to buy a share in the company employing their female relatives. That share would serve as an entry ticket to the AGM, where I would ask them to veto any nomination process for main board positions that lacks gender parity. Maybe I am being a bit old-fashioned in wanting to start at the top of organizations, but I think achieving 50:50 representation at board level in big multi-national corporates would be the tipping point for much broader change on the gender diversity front.